Judge David H. Strickland is a District Court Judge and the Lead Juvenile Judge for the 26th Judicial District in Mecklenburg County, North Carolina. He was elected to the bench in November of 2012 and began serving in January 2013. After presiding in both Criminal and Family Court for two years, he is now one of six Juvenile Judges in the District and presides over matters ranging from abuse, neglect and dependency to delinquency.

Judge Strickland is proud to be ranked the No. 1 Judge in Mecklenburg County in a survey conducted by the North Carolina Bar Association.

Prior to being elected, Judge Strickland owned and operated his own law firm and handled matters in criminal and juvenile court. 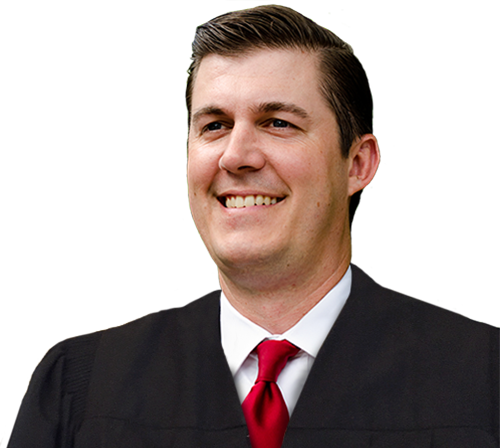 *Under N.C. law, maximum contribution is $5,100. Contributions must be personal.